An essay has three main parts: an introduction (introductory paragraph), a body (at least one, but usually two or more paragraphs), and a conclusion (concluding paragraph). This essay below is an example of essay with a good organization. Check it out!

First of all, native Americans left a permanent imprint on the English language. The early settlers borrowed words from several different Native American languages to name the new places and new objects that they had found in their new land. All across the country, one can find cities, towns, rivers, and states with Native American names. For example, the states of Delaware, Iowa, Illinois, and Alabama are named after Native American tribes, as are the cities of Chicago, Miami, and Spokane. In addition to place names, English has adopted many everyday words from various Native American languages. The words chipmunk, moose, raccoon, skunk, moccasin, and potato are just a few examples.

Although the vocabulary of English is the areas that shows the most Native American influence, it is not the only area of American culture that was changed by contact with Native Americans. Art is another area showing the mark of Native American contact. Wool rugs woven by women of the Navajo tribe in Arizona and New Mexico are highly valued works of art in the United States. Also, Native American jewelry made from silver and turquoise is very popular and very expensive. Especially in the western and southwestern regions of the United States, native crafts such pottery, handcrafted leather products, and beadwork can be found in many home. Indeed, native art and handicrafts have become a treasured part of American culture

In addition to language and art, agriculture is another area in which Native American had a great and lasting influence. Being skilled farmers, the Native Americans of North America taught the newcomers many things about farming techniques and crops. Every American school child has heard the story of how Native American taught the first settlers to place a dead fish in a planting hole to provide fertilizer for the growing plant. Furthermore, they taught the settlers irrigation methods and crop rotation. In addition, many of the foods we eat today were introduced to the Europeans by Native Americans. For example, potatoes, corn, chocolate, and peanuts were unknown in Europe. Now they are staples in the American diet.

Finally, it may surprise some people to learn that Americans are also indebted to one tribe for our form of government. The Iroquois, who were an extremely large tribe with many branches and sub-branches (called “nations”), had developed a highly sophisticated system of government to keep the branches of the tribe from fighting one another. Five of the nations had joined together in a confederation called “The League of the Iroquois.” Under the League, each nation was autonomous in running its own internal affairs, but the nations acted as a unit when dealing with outsiders. The League kept the Iroquois from fighting among themselves and was also valuable in diplomatic relations with other tribes. When the thirteen American colonies were considering what kind of government to establish after they won their independence form Britain, someone suggested that they use a system similar to the League of the Iroquois. Under this system, each colony or future state would be autonomous in managing its own affairs but would joining forces with the other states to deal with matters that concerned them all. This is exactly what happened. As a result, the present form of government of the United States can be traced directly back to a Na6ive American model.

In conclusion, we can easily see form these few examples the extent of native American influence on our language, our art forms, our eating habits, and our government. Modern Americans are truly indebted to Native Americans for their contributions to their culture. Hopefully, the cultural exchange will one day prove to be equally positive for them.

In this special occasion I want to say thank you to all sponsors who has helped us, the Goodwillers, so that we can continue our study and being a better and competitive student. Then I thank to Ibu Mien as the Chairperson of Yayasan Goodwill International and our beloved Mbak Rosa and Pak Broto who never feel tired to help us in every goodwill session.

So I want to use this opportunity to share two stories to you. The first one is how did The Goodwill program affected me and shaped me a to be better student. The second one is my experience in performing Saman Dance in Ohio University last year.

Since July 2010, I received a scholarship from Goodwill. I was so happy because I can help my parents to afford my study. Then I became happier after I attended a lot of training provided by Goodwill. Those training helped me to find my own voice and pushed me to do more than I’ve never realized before. Goodwill training has enhanced my skills in writing and speaking in English. But not only that, a leadership training that was held in October last year has motivated me to do more than before.

Now, I’ve finished my final research and graduated. But the training that I’ve said before convinced me to do more than just finishing my final research. What I’ve done? My research was aimed to produce a biodegradable styrofoam from corn and cassava starch. I wrote my proposal research in English than I submitted my proposal to Japan. Alhamdulillah, Thanks to God. My proposal was one among 10 best proposal that received a funding from Tokyotech Indonesia Commitment Award. I was also surprised that I got another achievement. My proposal was also selected as the best 50 proposal in Student Innovation Award 2011 held in Japan. I know that maybe I can never achieved all of them without Goodwill training. So once again, I want to say thank you the sponsors and Goodwill staff.
Let me continue to my second story. Last year I received a scholarship form US Department of State to study in Ohio University for two months. The program was named IELSP (Indonesia English Language Study Program). Two weeks before we went back to Indonesia, there was an International Street Fair in Ohio University. In that fair, every international student had an opportunity to show their talents and art performance. Indonesian Student Union helped us to performed Saman Dance in the fair. Four weeks before the fair, we had already started the preparation. We trained the dance and the music twice a week after class and we also prepared the costumes. During we were preparing the dance, there were two young women and one man from Taiwan, Argentina and USA who were interested to join us. We were so happy and proud because they really appreciate our own culture and want to learn how to perform the Saman Dance.

Finally the day came. Every country had their own art performance such as belly dance, samba dance, percussion music performance, and many more. In addition, each country also had a stand to sell their handy craft or traditional food. Before noon, our turn was come. We went to the stage and start performing. Beyond our expectation, there were a lot of people stopped their activity and came to the front of the stage to watched our performance. Some of them was videotaping us while the other never stop clapping. When our performance was finished the crowd gave us a very big applause. On the following day, our picture became the header of the official website of Ohio University and the news in the newspaper talking about our performance. Start from that experience, I realized that it is not enough for us to just being proud of our national art and culture and doing nothing. We should do more by learning and practicing at least one of them. Because it is the most effective way to preserve our culture. I heard that there are some of the Goodwillers who will perform a music performance today. So let’s support them.

Once again I grateful to all sponsors, Goodwill staffs and all my beloved brother and sister (Goodwillers).That’s all of my speech.

Of very great importance to college students is the fact that language is a vital shaping force in their personal, social, academic, and professional lives. Every time they read or listen, they are using English: knowledge about facts, 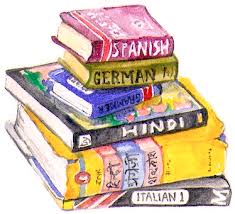 ideas, values, and human experience comes to them largely through the spoken and written word. Every time they speak or write-in the classroom, in meetings, in the college newspaper, to friends-they are using English; by means of words persuade others, impress them, inform them, share experiences with them, get along with them. The language that students use shows their education, their information, their manners, their temper, their taste, their tact, their judgment, their sense of humor, and their attitude toward themselves and toward others. Their skill in understanding and using English is of the greatest significance in their intellectual growth, in the friends they make, in the kind of person they marry, in the position they achieve and hold